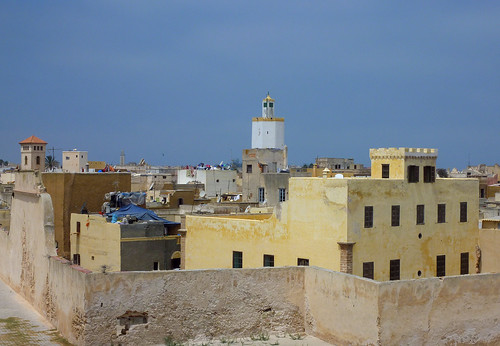 El Jadida is a port city on the Atlantic coast of Morocco, in the province of El Jadida.

The Portuguese Fortified City of Mazagan was registered as a UNESCO World Heritage Site in 2004, on the basis of its status as an "outstanding example of the interchange of influences between European and Moroccan cultures" and as an "early example of the realisation of the Renaissance ideals integrated with Portuguese construction technology".